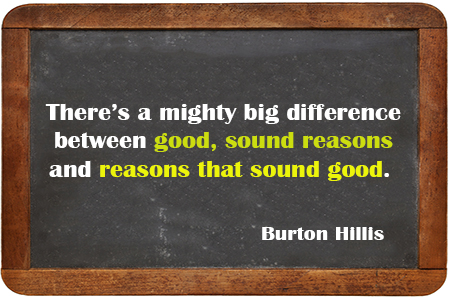 In my blog post about BBC journalist Rory Cellan-Jones' Virtual Bagel experiment, we covered why Virtual Bagel doesn't prove that Facebook is defrauding its advertisers, but rather that it proves just how important it is to have a proper plan before jumping into advertising on any platform, and it's also a great example of what will happen to you if you do not carefully target your ads!

Further to my overall point, Derek mentions in his video that Virtual Bagel, which targeted markets known to provide both high and low quality likes, was not very popular in the US or UK. This doesn't support his theory that Virtual Bagel was a useless page that received useless likes because Facebook defrauds its users. Instead, it supports my suggestion that when you are advertising on Facebook, you should only target countries that provide high quality likes (such as: The US, UK, Canada, Australia, etc), and include additional targeting that helps you reach an audience that will be interested in being a valuable part of your community. Otherwise, you'll see higher click-through rates in the cheaper countries and it will be more difficult to reach your quality audience.

We also talked about what steps you could take to avoid the mistakes Rory Cellan-Jones' made in his Facebook ad experiment in your own experiments and campaigns.

In my second blog post, we discussed Derek Muller's own experiences after he used a credit provided by Facebook to advertise his Facebook page. Derek ended up growing his audience considerably in countries like Egypt, India, Philippines, Pakistan, Indonesia, etc. Just like Rory's failed Virtual Bagel experiment, Derek neglected to properly plan his ad campaign and target the ads he was creating. This lead to an increase in useless likes on his page, making it more difficult to reach people who actually cared about his awesome science videos.

We also went more in depth about how to plan your ad campaign and properly target your ads step by step, as judging by much of the discussion I've seen on this topic from Derek and even other brands and agencies, this is a very common issue that brands are facing when advertising on Facebook.

Finally, in a two-part blog post, I covered Derek's own take on the Virtual Bagel experiment, his being called Virtual Cat. In the first half, I pointed out how Virtual Cat is actually Virtual Bagel V.2, with one key improvement, proper targeting. His ads targeted only the US, UK, Canada, and Australia, and targeted cat lovers by interest. Virtual Cat starts off with great potential, it could have brought us much closer to proving or disproving his theory about Facebook defrauding its advertisers.

However, when I start to take a closer look at Derek's methodology in the second half of my post on the Virtual Cat experiment, things start to break down very quickly. The problem with Virtual Cat is that it isn't actually an experiment. He ran ads, he gathered a few dozen likes, and then he did nothing with them. In his own video he admits he created the page only a day before creating his video.

The problem he wanted to discern is why pages that advertise through Facebook receive lower engagement. He correctly theorized that this was due to poor quality likes from countries known to run vast click farms, but when it came time to test his theory, he didn't actually try to experiment with how his more well targeted audience engaged with his posts, his sample size was far too small (no brand new page with 30 something likes will see much engagement, no matter how high quality the ad targeting and content), he purposely created a page meant to provide bad content, so this is not ideal for measuring engagement against a page that supplies high quality content, like the Veritasium page, and lastly, the "experiment" was tainted by the success of the video almost immediately. Growth and engagement on the page have been driven by the popularity of a viral video, not organic or paid media.

When you take even a cursory glance at Derek's description of Virtual Cat and look at the Virtual Cat Facebook page, you quickly realize that it wasn't actually an experiment, but rather a quickly thrown together after-thought to round out the evidence offered in the video.

To Clarify My Position