The 5 Worst Mistakes You're Making With LinkedIn for Business

There are a lot of potential missteps that you could make when using LinkedIn for business, but these are the 5 mistakes I see most often that will do the most harm to your LinkedIn strategy.

Learn what these 5 most damaging mistakes are and what you should do instead!

In my last post on using LinkedIn for business, I talked about why you should connect with your top leads on LinkedIn, and how to go about doing that.

I'm going to make a similar recommendation for all of those brand new connections you'll be making as you become more active in LinkedIn groups or create your own. You don't want your first interaction with a new connection who knows almost nothing about you to be about selling something to them. It makes people feel used at worst, ignored and unappreciated at best.

When I think about the best way to explain this, my direct messages on Twitter come to mind. Whenever someone interesting follows me and I decide to follow them back, sometimes I get an auto-DM from their Twitter account.

I don't think I've ever gotten a valuable DM on Twitter. Not one. Ostensibly a direct message should be personalized, more personalized than a general message meant for mass consumption, and when it's a first interaction, it should be an introduction. Instead I often get automated form letters about free ebook this and my paid content offer is discounted for 3 more hours that.

It's clear from those interactions that this person has no real interest in connecting with me. They probably followed me because they like my content, maybe they will share some of it. Maybe they just followed me in hopes I would follow them back and get their automated marketing message. Either way, that's not a real connection.

Despite LinkedIn's purpose as an online hub for your network and its status as a platform with more restricted access to people outside your network than you would find on Facebook or Twitter, the same thing happens on LinkedIn. I receive automated form messages from connections congratulating me on various anniversaries. I also get these boilerplate messages from strangers who have sent me a connection request, or from someone who has sent me an InMail message trying to sell something or asking me for a favor. 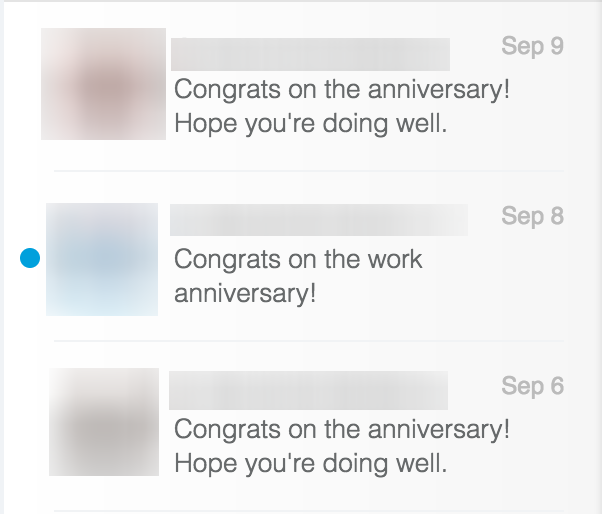 This is why you don't use form letters. You think nobody will notice that you put zero effort in? Look at these 3 LinkedIn messages I got within a few days of each other. Two of them are identical, one changed one word and dropped the second sentence.

Don't be the guy or gal who sends an impersonal promotional offer or a form letter in lieu of a real introduction. Try starting a conversation with your new connections, rather than trying to start a conversion.

Using LinkedIn for business should be about more than just leveraging a company page or LinkedIn Pulse to publish content. It's also a great opportunity for you to network with potential leads, partners, and other connections that might be able to help your business.

It can be tempting to treat LinkedIn groups as another place to publish content, but it just doesn't get results. Active groups will have moderators and rules about when and where such spammy content is posted, while inactive groups that won't moderate your one way broadcasts don't have enough of an active membership to matter.

The two most effective ways to use LinkedIn groups are: 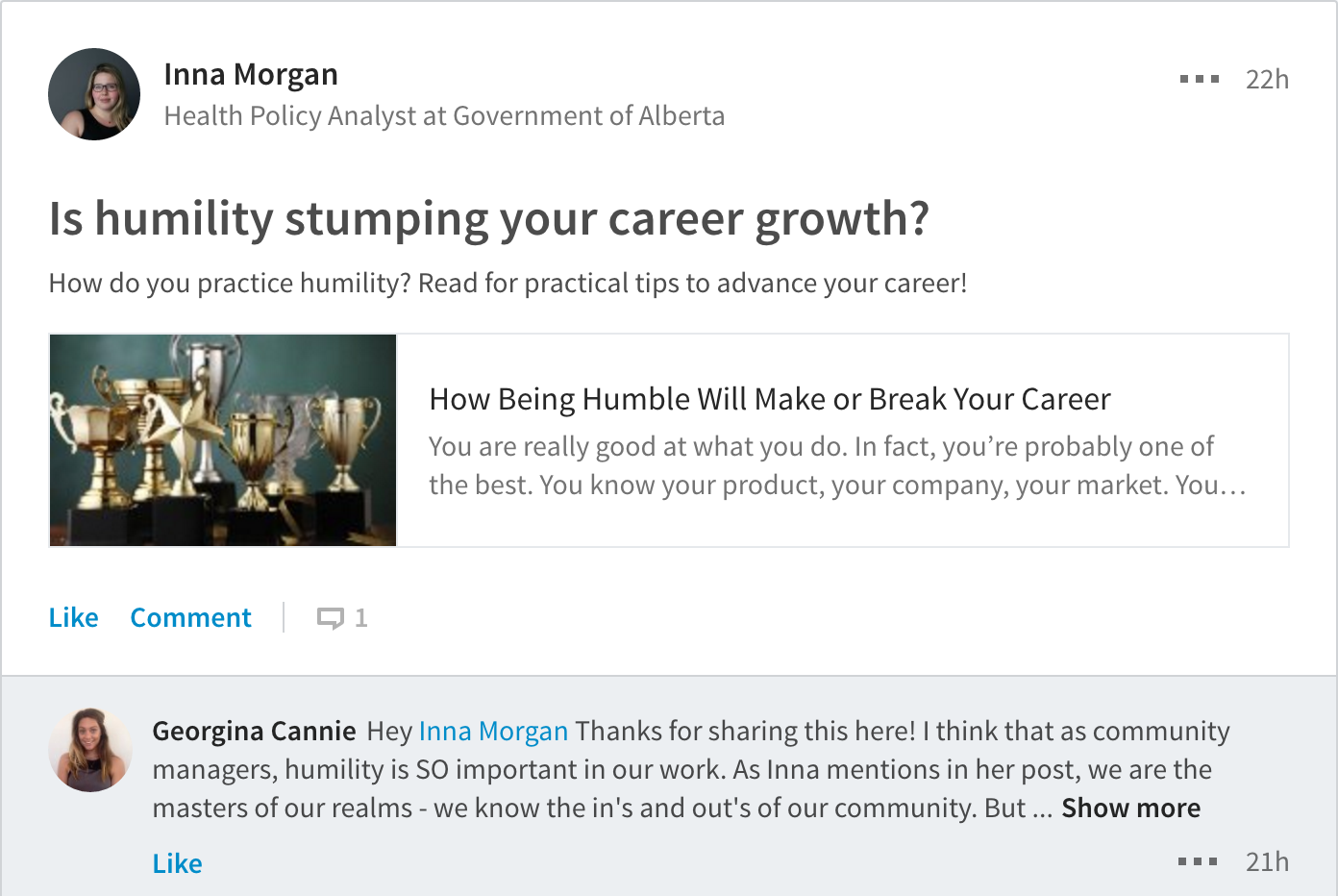 This is a great example of what you should do. Inna Morgan started a conversation in The Community Roundtable LinkedIn group by sharing someone else's content. Meanwhile I saw several posts that were published around the same time which I recognized as being cross-posted in other groups as well. Those were ignored completely by multiple communities, because those people aren't there to add value to the group or start a conversation, they're just there to broadcast their own content to as many groups as possible.

LinkedIn gets less traffic than other social channels, meaning that you have fewer opportunities to make a positive impression. Short, quickly-digested content reigns supreme on other social media properties, but LinkedIn users favor long-form content. Shorter blog posts may not perform as well as more in-depth pieces of content. LinkedIn has some guidelines that will help you write better long form content, along with some helpful examples.

You'll quickly learn that strategies that work well on Facebook or Twitter don't really perform as well on LinkedIn. Marketers and business owners who are used to getting reasonably good results when cross posting content between Facebook and Twitter are in for a surprise. 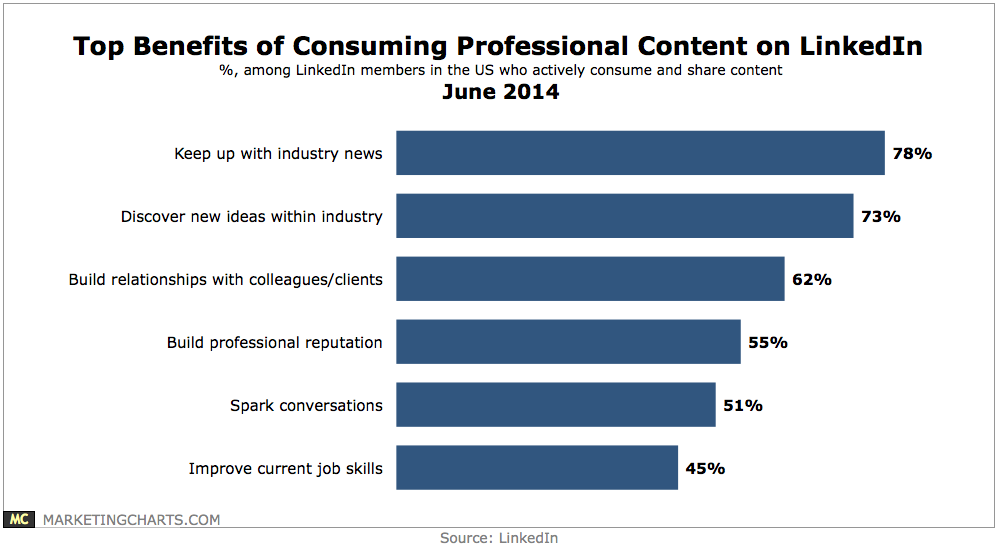 Everything from the word count of your linked content, to the topics you'll post about, to how you'll need to present it, to the right words to use in your post will likely be different for your audience on LinkedIn.

4. Not Posting on LinkedIn Consistently

It's true that LinkedIn users visit the site less often, but that doesn't mean that you shouldn't be posting there consistently. You will want to carefully screen your content for the traits that drive the best results on LinkedIn, like posting about industry trends and strategy. You will also want to limit your schedule to one really great post per day.

However, whether you post daily or on some other schedule, make sure you're using the platform consistently. You don't want to go for long periods of time without having posted any content or having engaged with people who are interacting with your content.

BuzzSumo found that content posted earlier in the week performed better on LinkedIn, so this is also important to take into consideration when deciding which content you'll schedule for a specific day and time. It's a good idea to experiment with scheduling key content earlier in the week. 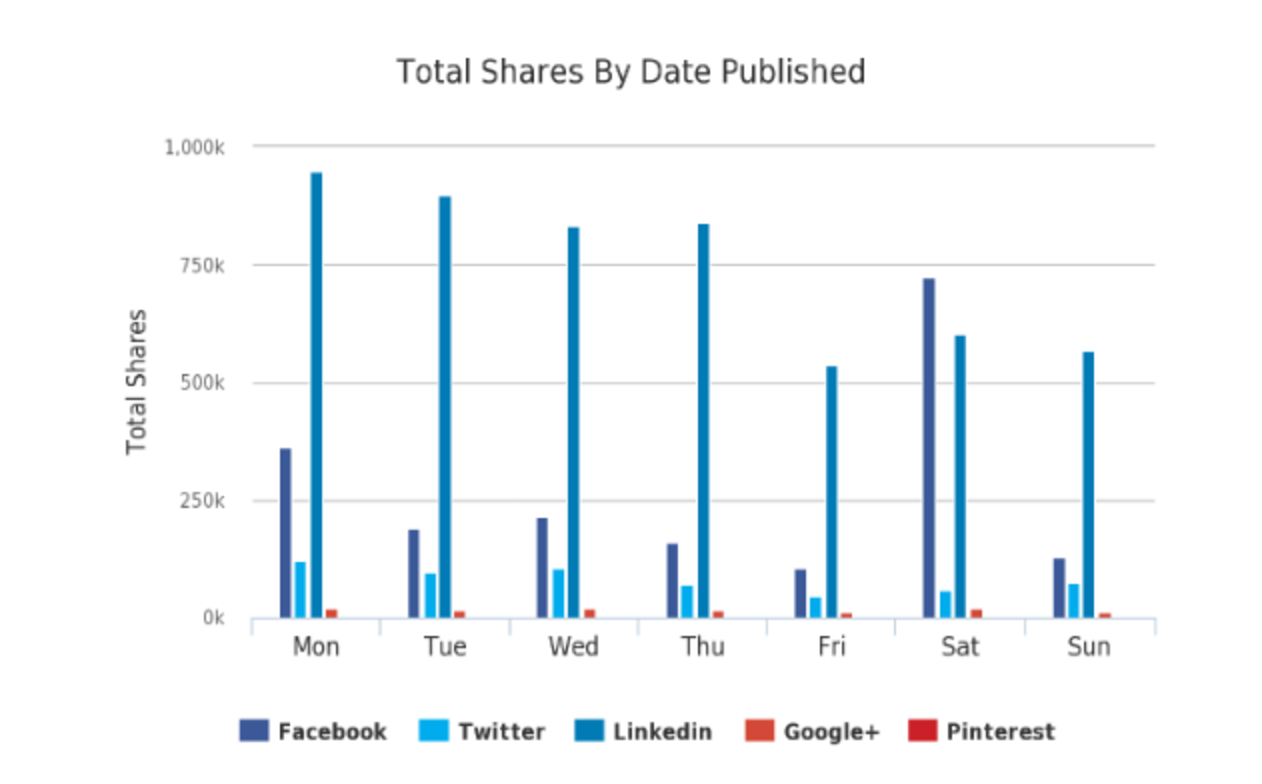 You probably don't need to use the paid account options all year round, but you should use them from time to time, especially when you're building your LinkedIn ad audience.

Having more opportunities to search profiles can help you better understand what types of people identify themselves with a certain industry. In my own experience building LinkedIn ad audiences I've noticed that people don't always map to the industries that you would expect them to. Doing some first hand research up front can save you a lot of confusion and hassle when you realize later on that your ads aren't working because the audience you targeted isn't the audience you thought you were targeting. 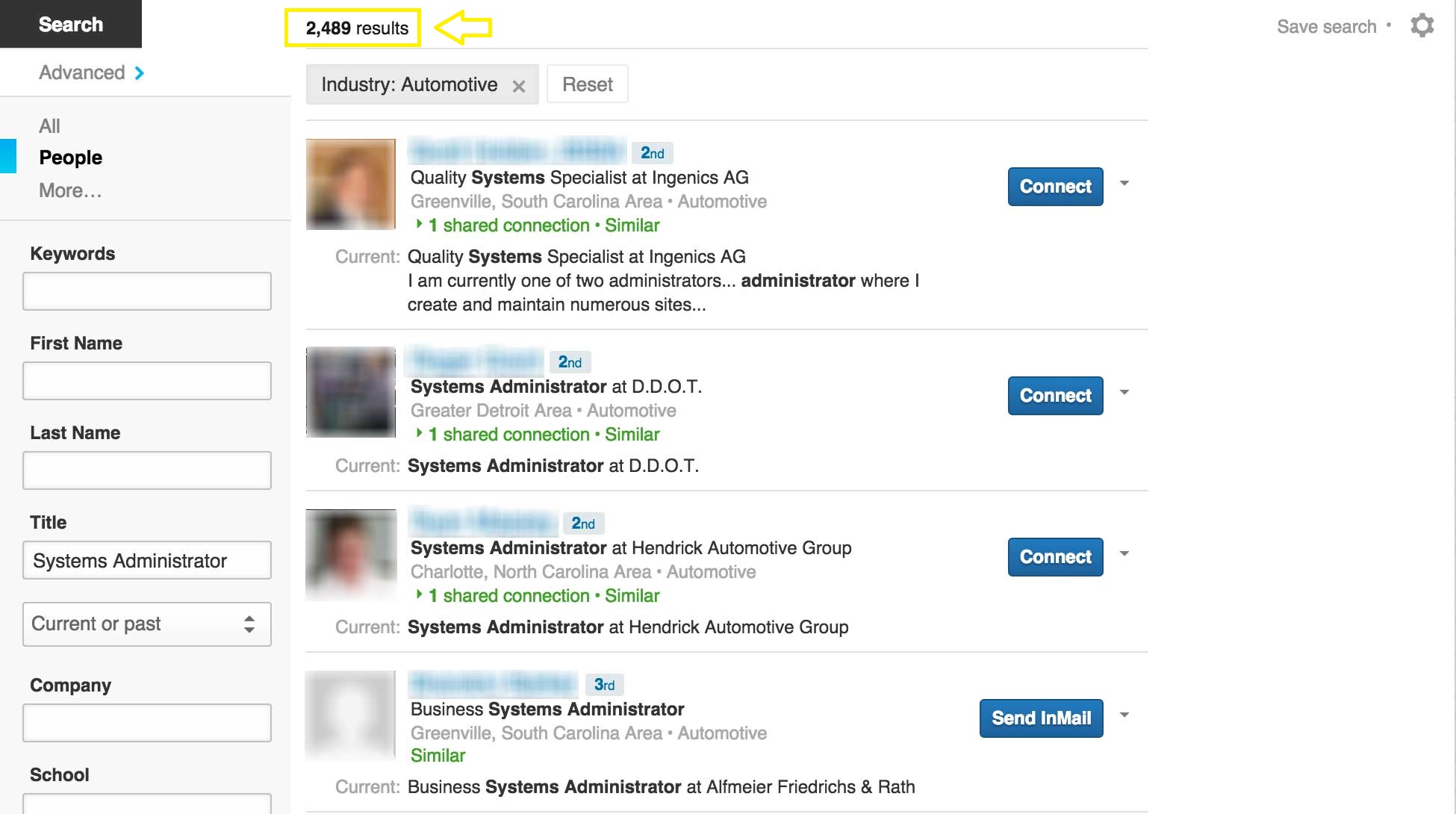 There are a lot of people who work in the IT industry who identify with the industry their employer fits into, rather than with the IT industry. It's definitely worthwhile to spend some time figuring out which industries your target group is actually using to classify themselves. It may not be what you expected.

It's also useful to be able to see everyone who visits your personal profile. This can give you an idea of who is currently searching for profiles like yours, and what you could change about your profile to start attracting the right audience and connecting with them.