Facebook's goal for News Feed is to show each user the "best" out of all the possible content that they could see. The "best" content is different for each user, based on who they follow and are friends with, who they interact with, and the type and quality of the content.

Each piece of content is given a relevance score based on the above criteria and then is ordered with the best content at the top. Once the content is displayed to the user, the rankings are locked for that content, and new content will get ranked and appear above it the next time the user views their News Feed. 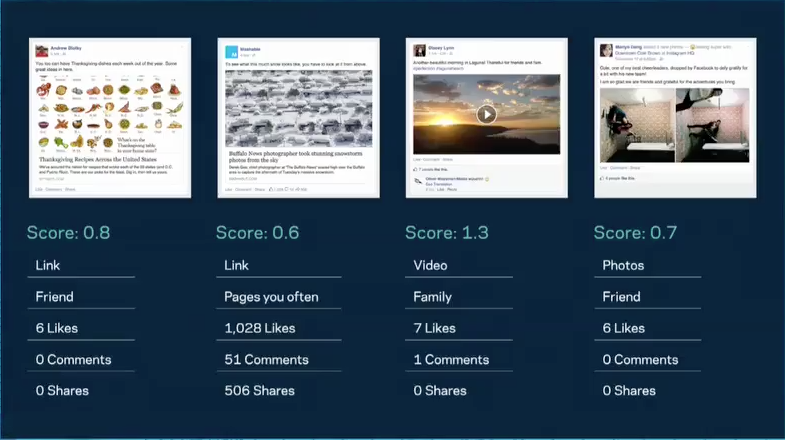 Facebook says that if a user scrolls through their entire feed, they would see all the posts from their friends. They would not necessarily see all posts from the Facebook Pages that they are fans of.

A problem with ranking based on activity is that people try to game the system - "Share if you agree, like if you disagree" appeared in many posts, increasing activity levels. But, when Facebook asked users about those posts, most ranked them 1's or 2's on the relevance scale.

There are also many posts that users did want to see, but didn't click like or share on. So, Facebook started a program where they hired a large "representative sample" of users to score posts in their own feed. They also occasionally ask general users to score posts. Facebook then meets each week to determine how they can get more 5's in the feed and fewer 1's. This is where a lot of the recent changes have come from.

Three kinds of posts that will start to decline

From the results of the scoring research, the following posts will be shown far less: 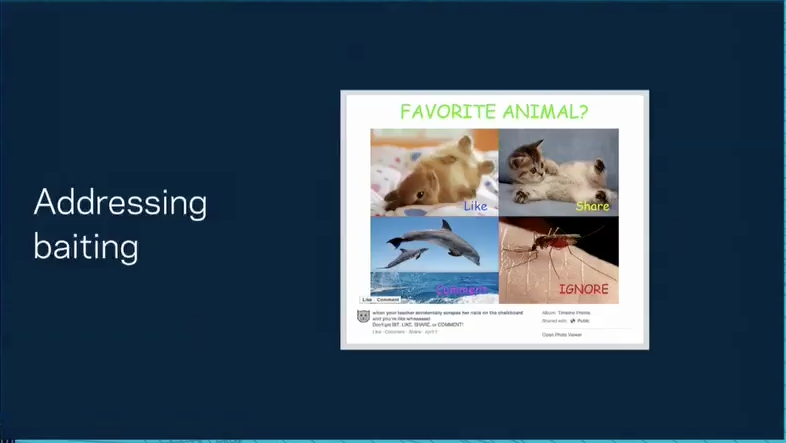 Based on interactions, these used to be ranked high, but users scored them as 1's or 2's. Click Bait posts - "You won't believe..." - also get ranked lower. Users may click them, but are often disappointed with the results. 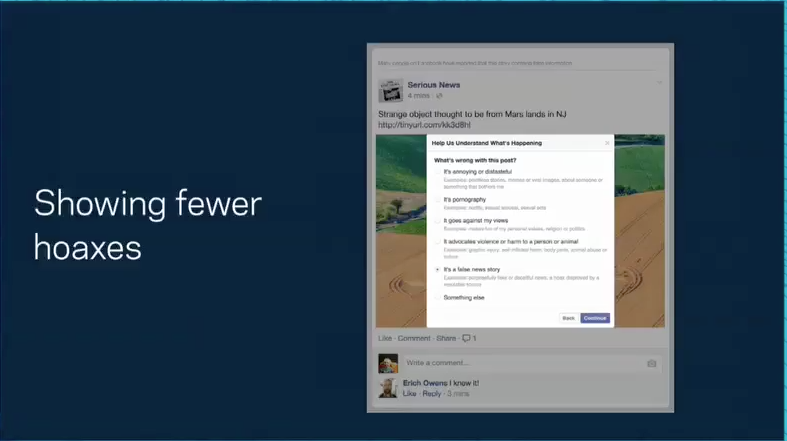 People don't want to see hoaxes in their News Feed. Facebook now lets users mark posts as "a false news story". Using that information, Facebook can either remove this content or show it farther down in the rankings.

A user might be a Fan of a brand, but that doesn't mean that they want to see giant ads in their feed (unless, of course, the Facebook Page responsible is paying to promote it). Facebook scores these posts lower.

As we have seen over the past few years, organic reach of posts from Facebook Pages has massively declined. Not every post will be shown to each user - Facebook's algorithm is only showing the most relevant ones instead. The guidelines above for scoring still apply to Page posts, with a few exceptions.

Facebook recognizes that not all comments on a Page post are positive and therefore may not be a good indicator of a user wanting to see more of them. So, likes and shares on Page posts are given more weight than comments.

When a user hides an individual post or all posts from a page, this can affect the likelihood of not only that user but other users seeing Page posts for some time. So, it is important to monitor how posts are being received. Facebook says that they focus mostly on "positive signals", but these negative signals still have an effect.

Promoted posts work differently - the promoted side goes through the Facebook Ads auction system, where they compete with all other posts that are targeting each user. The organic sides continues to behave as before.

What Should You Do About it

Here are some tips for engaging with the News Feed:

Let us know what type of content, posts, and styles is working best for you below. 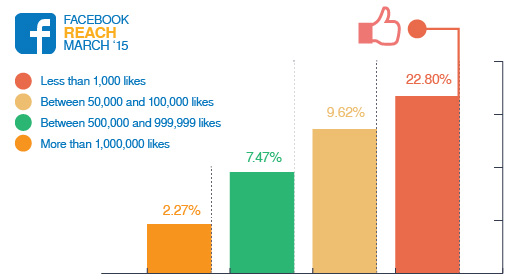 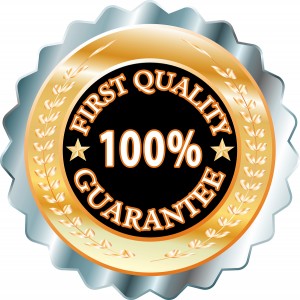 What the heck is the August Facebook News Feed Change?